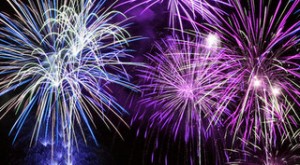 The Fourth of July weekend for Prince George’s County wasn’t exactly memorial. Instead it was a day of high law enforcement-related activity.

On the morning of July 4, a Bladensburg man was arrested in his home and charged with first and second-degree murder for the July 2 murder of Larry Nathaniel Williams, 22, of Hyattsville.

Nathaniel Jamar Johnson, 26, of Tilden Road in Bladensburg has been identified as the suspect by the Prince George’s County Police Department.

On July 2, at about 9:15 p.m., officers with the Bladensburg Police Department were called to the 5000 block of 57th Avenue for the report of a shooting. When officers arrived at the scene, they found Williams lying in a parking lot suffering from gunshot wounds. Williams was transported to a hospital, where he died several days later.

According to the preliminary investigation, the shooting may have derived from an earlier argument between the two.

Johnson is currently in custody at the Department of Corrections with no bond.

Around 12:30 p.m. on July 4, a store was robbed in the 14200 block of Baltimore Avenue. Both suspects pulled out handguns and demanded money. Afterwards, they grabbed several cellular phones and ran from the store.

The Police have no leads right now. Anyone with information regarding this incident is asked to contact the police.

Then around 9:15 p.m. on July 4, patrol officers were called to the intersection of Pennsylvania Avenue and Forestville Road for the report of a pedestrian collision. Once police arrived on the scene, they found 63-year-old James Hughes of the 3300 block of Springdale Avenue, Forestville, lying in the roadway with critical injuries. He was pronounced dead on the scene.

According to the preliminary investigation, a car was traveling on Pennsylvania Avenue when it hit Hughes. It is believed the victim was sitting in the street prior to being struck by the vehicle. The driver remained on scene.

Approximately an hour later, patrol officers responded to a single car crash in the 11400 block of Lanham Severn Road. When officers arrived, they detected that the car had struck a tree. The passenger in the car at the time, identified as 62-year-old Gary Lionell Jackson of Ridge Street, Lanham, was pronounced dead at the scene. The driver, whose name is not being released at this time, only suffered minor injuries.

According to a preliminary investigation, the car was heading southbound on Lanham Severn Road, when for some vague reason the car swerved, left the roadway, and struck a tree. The Prince George’s County Police Department’s Collision Analysis and Reconstruction Unit are investigating. In addition, investigators are looking into whether speed was a factor in this car crash.

To end the weekend, at 3:00 a.m. July 6 officers responded to the 7300 block of Baltimore Avenue for a hit-and-run incident concerning a pedestrian. When they arrived, they found 21-year-old Janelle Marie Oni of Billson Road, Randallstown in the roadway with critical injuries. She was pronounced dead on the scene.

The Prince George’s County Police Department arrested Jacky Luangraj, 33, of the 7600 block of Well Street, Manassas, Va. According to a preliminary investigation, Luangraj was heading northbound on Baltimore Avenue when he struck Oni as she tried to cross the street, but Luangraj did not stay at the scene.

A short time later, PGPD patrol officers stopped a minivan matching the suspect’s vehicle at Baltimore Avenue and I-495 and the arrested Luangraj. He is now facing 13 charges including negligent auto homicide – under influence, driving under the influence, and reckless endangerment.

Police report that at the time of his arrest, his blood alcohol level (BAC) was twice the legal limit. Luangraj was not injured in the crash.